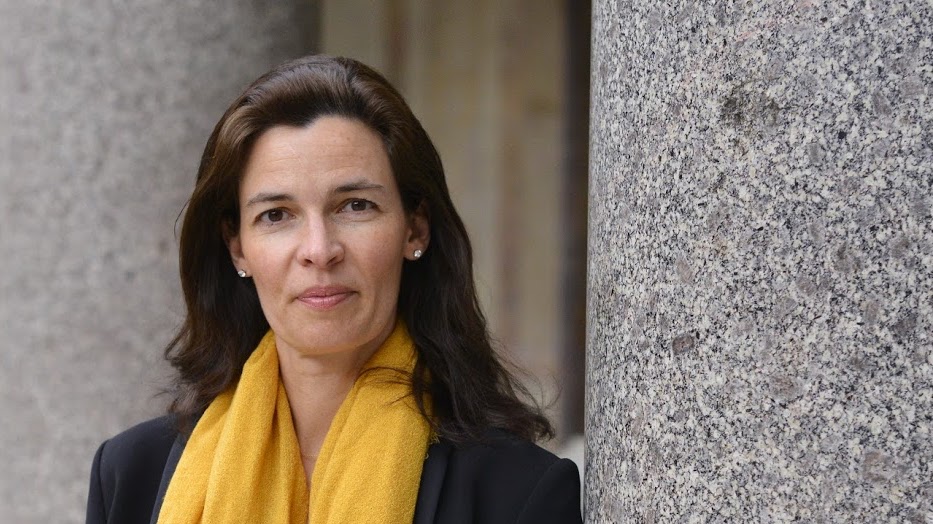 Charlotte de Charentenay is a woman of Culture: the culture of the countryside, where she grew up. The culture of art history and letters, which she studied extensively. And the culture of the many countries where she has lived. Culture, in the sense of everything that opens up, fulfils, and demands to be spread. When she became a Parisian, she explored the riches of this city, both familiar and strange: “each time it’s neither quite the same nor quite different.” Maison Tamboite Paris has given her carte blanche to take you on a tour of the feminine side of Paris.

Paris, its places and its women

We’re traveling through Paris to meet the women whose memory haunts certain places. Whether strong or weak, respectable or scandalous, born Parisians or from the provinces or across the globe, these figures have created landmarks in time and space to guide a stroll through the feminine side of the city.

451 AD: The West was shaking under the threat of Barbarian invasions, and the Huns were at the gates of Paris. The name Attila, whose reputation preceded him, evoked an unprecedented dread, but in the midst of the tumult, one woman remained serene and confident. A figure of courage and deep faith, Geneviève exhorted the population of Paris, especially the women, not to give in to panic. And Attila never set foot in the capital.

She is to Paris what Joan of Arc would later be to France: a guardian and protector become patron saint, whose imposing silhouette, sculpted by Paul Landowsky, overlooks the flow of the Seine at the Pont de la Tournelle.

The church that Louis XV meant to honour Geneviève became the Panthéon before it could even be consecrated, but the hill on which it was built has taken the saint’s name to become our “Mount St. Geneviève”. The view from the top encompasses the Latin Quarter and beyond. 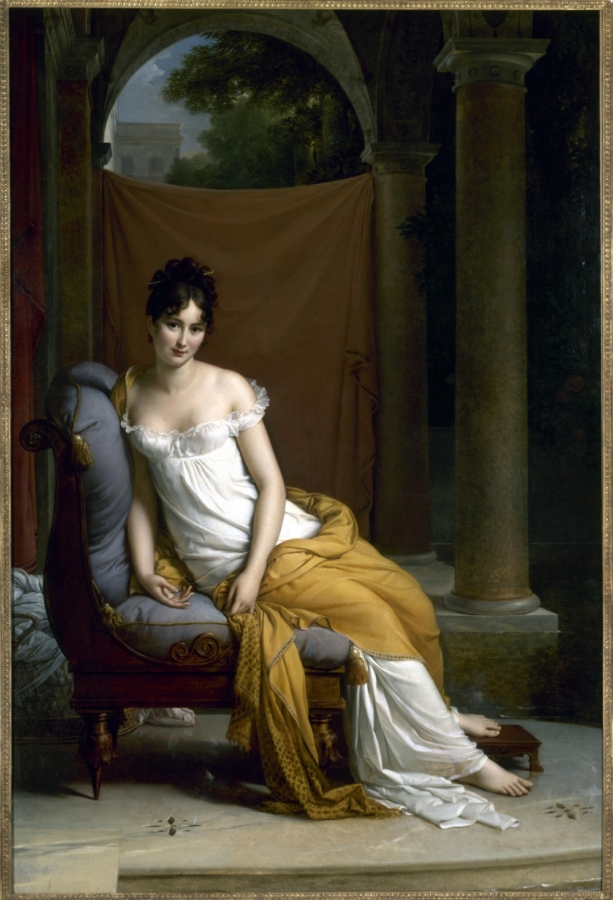 1794: Paris entered a new phase of the French Revolution.

Once Robespierre had been guillotined and the Terror made way for the Directory, the capital saw a handful of young people determined to turn the page and enjoy life by tasting all of its pleasures. The counterpart to the Incroyables, young men with eccentric fashions and contrived accents, were the Merveilleuses, young women with free spirits and morals.

Juliette Récamier had just turned 15 but quickly became one of the most visible female figures in the city. Her spirit and grace, which Gérard’s divine portrait pays homage to, guaranteed her a prominent place in Paris’s high society.

Her mansion, located on rue de la Chaussée d’Antin (then rue du Mont-Blanc), played host to all the beautiful minds of Paris. The young woman entertained in a space that was decorated and furnished in the Neoclassical fashion of the day; her clothing also adopted this style, Greek tunics made of flowing, transparent gauze.

For the body as for the mind, nothing fettered movement.

Of Italian origins, established in Paris in the second half of the 19th century, Virginia de Castiglione did not hesitate to call herself “the most beautiful woman of her time.” This advantage helped her win the heart of emperor Napoléon III, whose mistress she would soon become. Residing in the place Vendôme, she occupied a central position in Parisian society and was rumoured to be a spy who worked for Italian unification at the request of Cavour, as well as for France, when Thiers made use of her influence on Bismarck.

But above all, La Castiglione was an artist. Through the lens of her faithful friend, the photographer Pierre-Louis Pierson, she posed for over 450 portraits that would not be discovered until after her death. 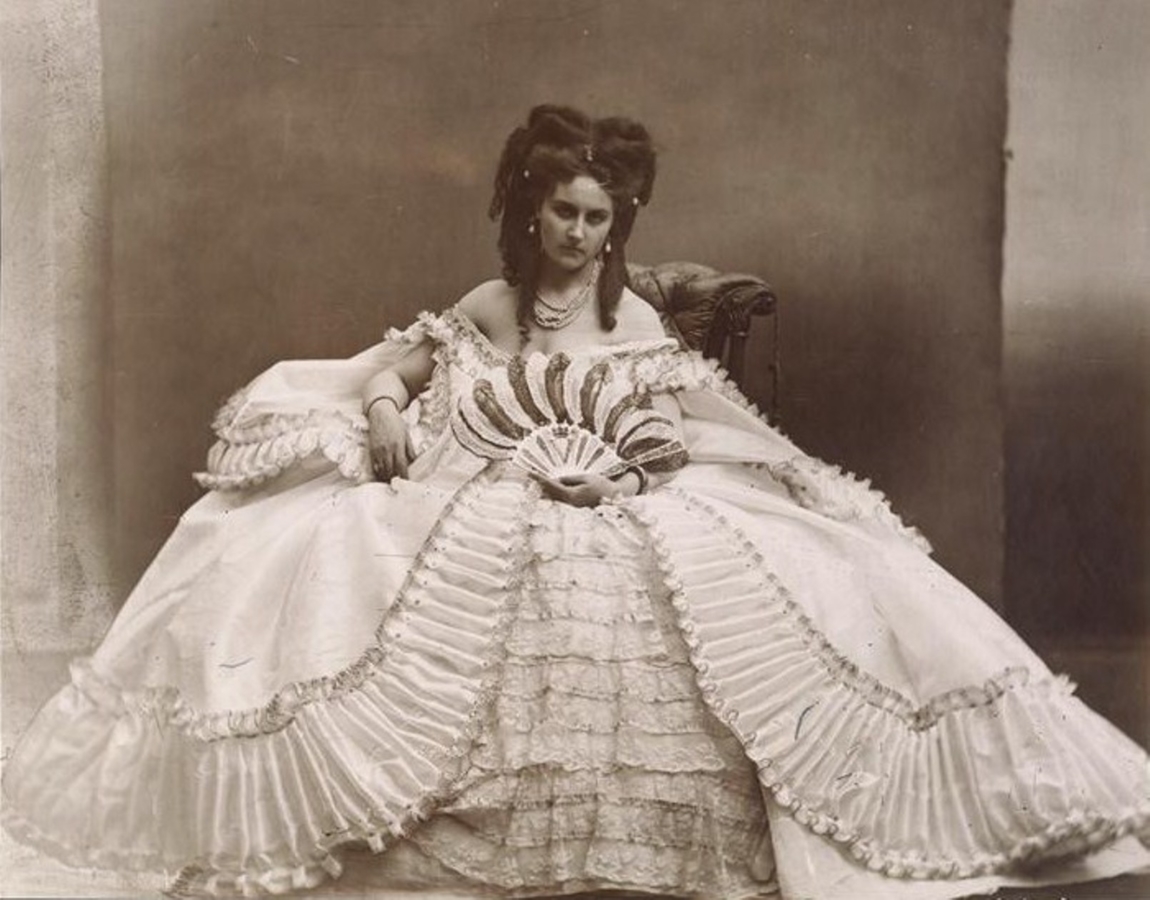 Dressed in a ball gown or as an Antique heroine, as a peasant woman or courtesan, she staged herself in a series of photographic self-portraits that are an amazingly avant-garde precursor of today’s social media practices, or the art of staging life… 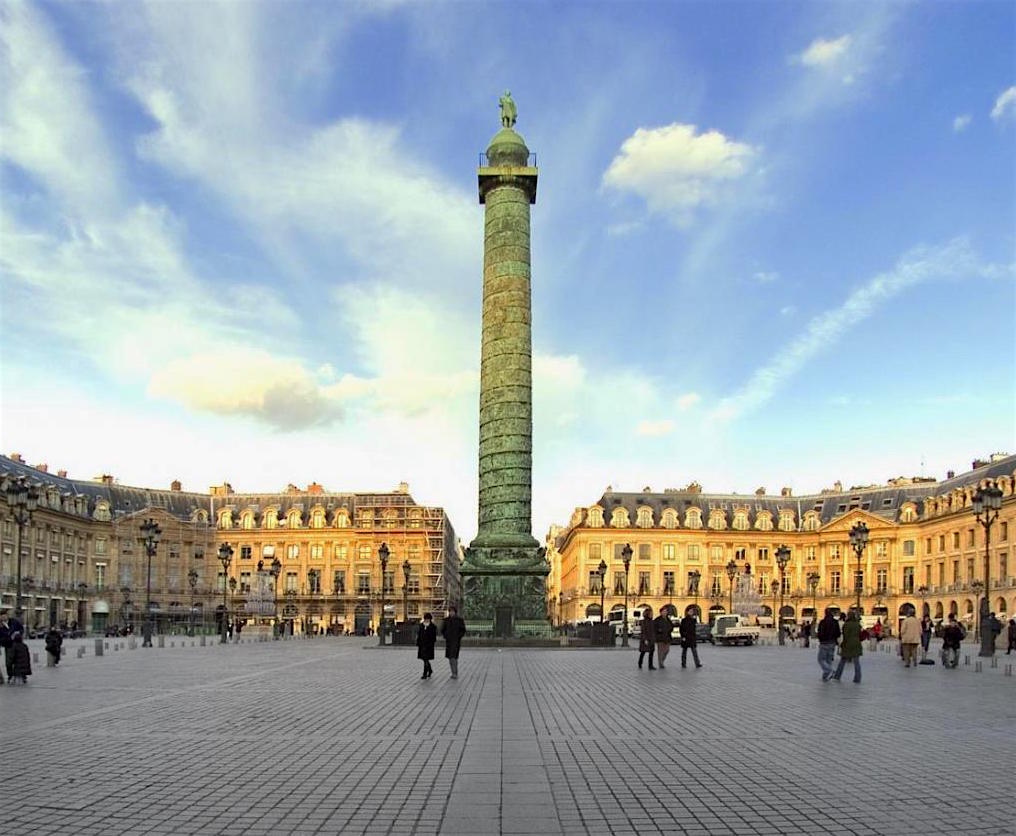 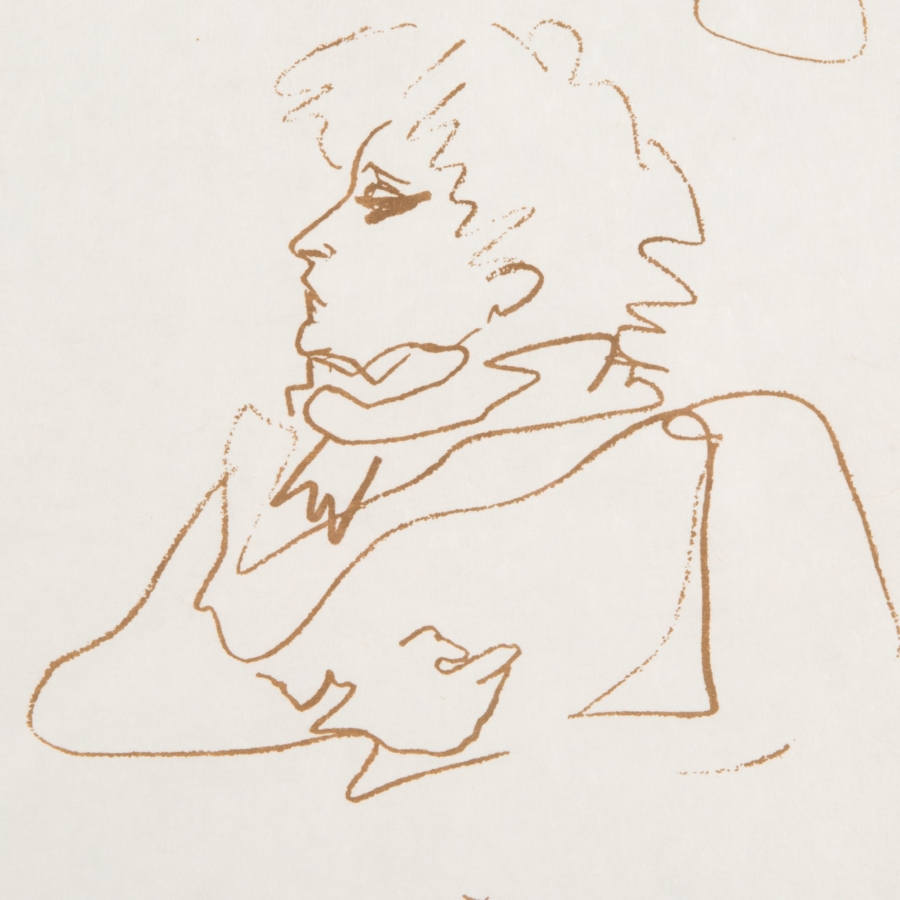 Though marked by her native Burgundy, whose accent stayed with her, Colette is readily associated with Paris and its Palais Royal. Neighbour and ally of Jean Cocteau, she spent her last years there aboard her “raft”, her name for the bed she was no longer able to leave. She would open the window to the garden: from the tops of the linden trees, the silhouette of the building, and the laughter of the children below, she gathered the literary inspiration that would never let her stop writing.

Above all, Colette was guided by her concern for asserting her freedom. In turn mime, dancer, actress, journalist, writer…married then divorced, she experienced feminine adventures that were soundly rejected before she was recognized as a woman of letters by the Legion of Honour. 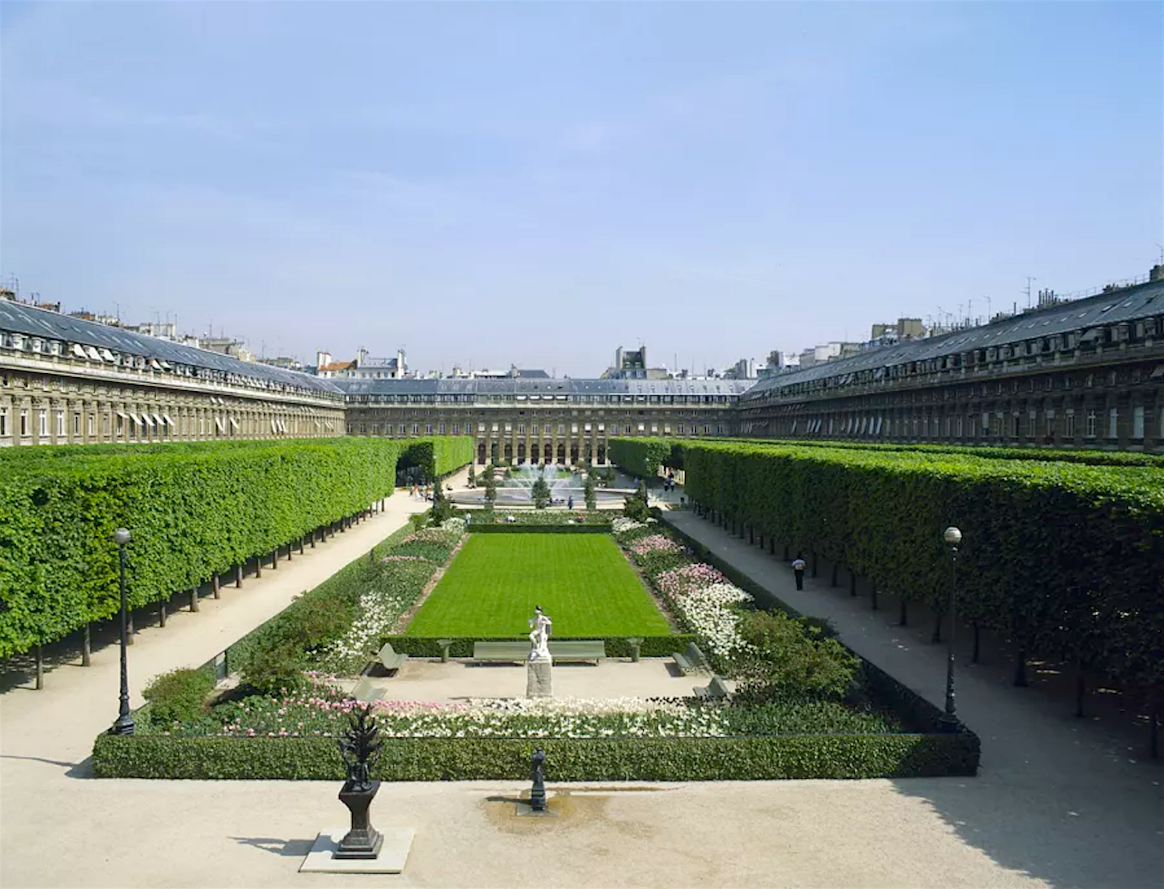 Rarely has a female figure been such an incarnation of both an era and a neighbourhood in Paris.

The era: the roaring 20s, the after-war years when everyone was trying to forget the horrors of the trenches by intoxicating themselves with parties and pleasure.

The place: the neighbourhood around the Vavin/Montparnasse intersection, which had become the “very navel of the world,” as Henry Miller would put it.

This was the intersecting point of the American writers of the Lost Generation and the artists who had come from all over Europe and beyond to form the School of Paris. Modigliani, Soutine, Man Ray, and Foujita hired the services of artist’s models, out of whom arose the young Alice Prin, renamed Kiki. The “Queen of Montparnasse”, Kiki posed, danced, sang, and created her own paintings. A “flower of the Paris cobblestones”, she was a regular at many neighbourhood establishments: la Rotonde, le Dôme, la Coupole, la Closerie des Lilas…before she wilted away, leaving behind unforgettable portraits like the Violon d’Ingres by Man Ray, whom she served as muse. 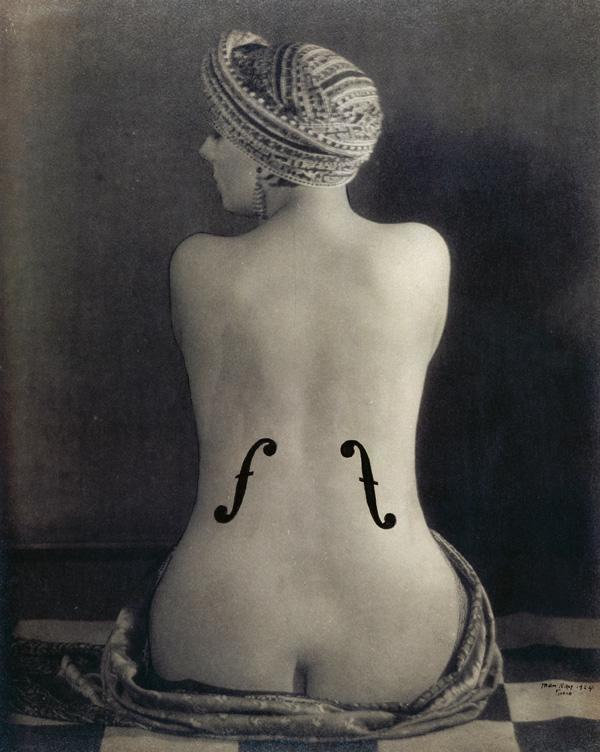 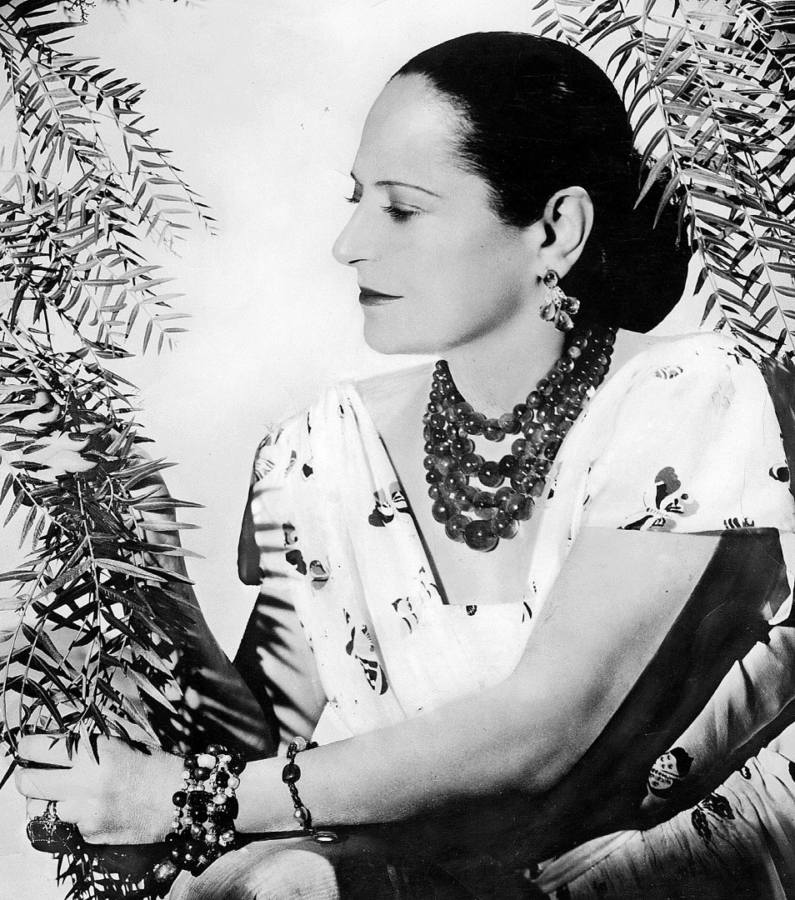 Born in Poland, this energetic woman came to Paris by way of Vienna, Melbourne, and London, choosing to live in the city dearest to her heart.

At the head of the already flourishing cosmetics empire she had founded, she established herself first at the rue du faubourg Saint-Honoré, where she opened her first salon, before moving to Montparnasse, where she had an Art Deco building constructed; she inhabited the upper floors of this building, which also housed a cinema and the ateliers of the artists she was friend and patron to.

But it was at the quai de Béthune, on the Ile Saint-Louis, where Helena Rubinstein built her last Paris residence.

Dividing her time between Paris and New York, she confessed that the building on the quai de Béthune was the place where she truly felt at home. From the terrace where she entertained all the personalities residing in Paris in the 50s, one could admire the apse of Notre-Dame, another elegant Parisian.

“Looking at its feminine side is one key to discovering Paris, but there are many points of entry…

Whether you are a small firm, a business, or an organization that sees art and culture as a focus of interest and a source of creativity and inspiration, Charlotte endeavours to draw from the bottomless wealth of Parisian cultural heritage anything that could showcase a creation or an address or spark reflection. Presented in a range of forms such as tours or lectures, this content is an occasion to learn, reflect, and contemplate.”