Of all the Maison Tamboite collection, Marcel seems most like the essence of a bicycle. With a line that is as pure as can be and particularly spare equipment, it nevertheless offers great dynamism. We explain this paradox. 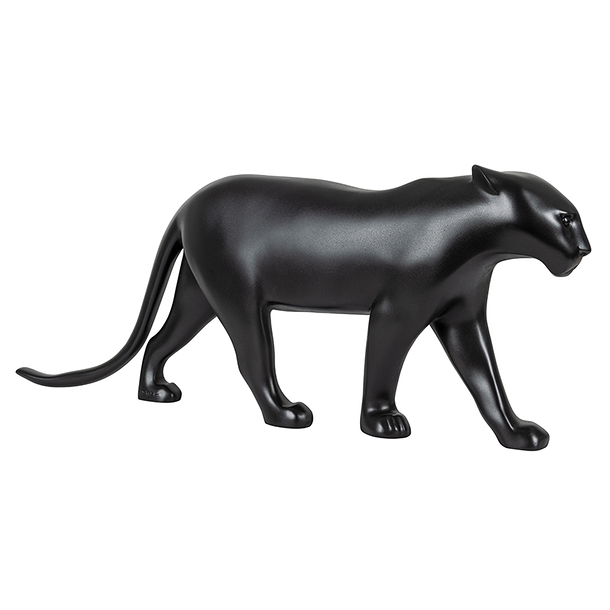 At the beginning of the 20th century, François Pompon turned the page in the history of bronze sculpture. Through its sparseness, this artform gained in modernity what some complained it lost in detail. And yet, what truth, what power! The form was even more clearly delineated, and movement was more directly perceptible. His panther is a superb example: It seems tranquil and shows no sign of aggression, yet it conveys a mass of energy ready to pounce. The Marcel model from Maison Tamboite arises from a similar paradox: it is the stripped-down essentials of a bicycle, concentrated into its simplest form to most directly evoke pure speed.

With Pompon, everything seems simple: the panther’s horizontal torso destined to glide through space, the geometric arrangement of its paws that give it stability while making imminent momentum seem possible, its forehead ready to cleave the air, and the ears, flattened back in preparation to sprint. It’s a statue and at the same time the very image of dynamism.

Marcel is in the same vein. It is distilled into a few basic geometric elements—basic but fundamental—two triangles and three circles: the frame, the two wheels, and the circle formed by the pedals. It’s a mechanical abstraction, a graphic creation, the quintessence of cycling dynamics.

Of course, since Marcel is designed to be domesticated, it offers additional assets to accommodate its rider: seat, stem, and handlebars. But the incline of the diagonal tube and seat stays point to the bike’s penchant for acceleration. Marcel holds to its origins, the minimalist bicycle that Maurice Tamboite used to straddle the wooden indoor cycling tracks of the early 20th century.

Given a contemporary and domesticated reinterpretation, the bicycle has traded in the fixed cogwheel for a modern range of transmissions that are much less rustic. It has also been equipped with front and rear brakes—fortunately—so that it can stop as quickly as it moves. Indeed, everything about this bicycle promises vivacity: from the crafting of its tubes to its sturdy, compact geometry with straightened fork angles.

And Marcel has inherited equal parts of the foundational Tamboite genetics in the refinement of its fabrication, the delicacy of its hues, and the clever marriage of materials. 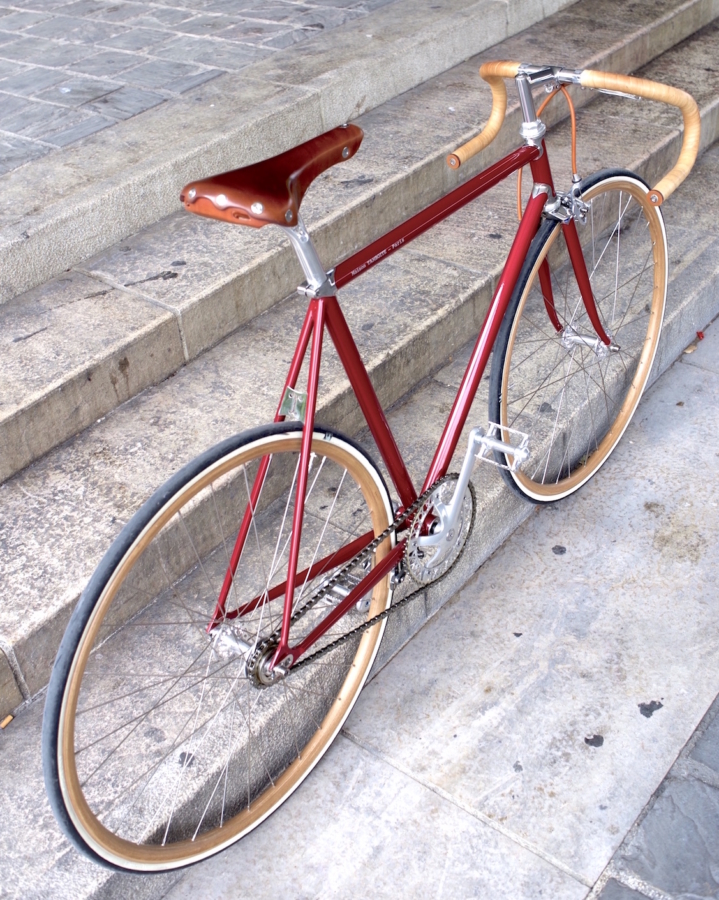 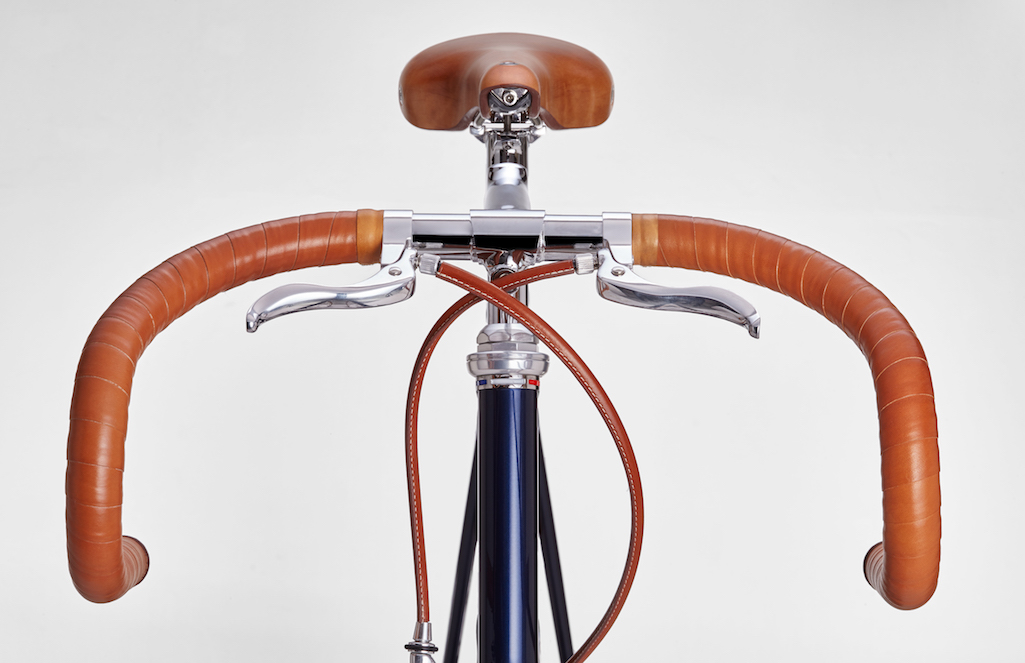 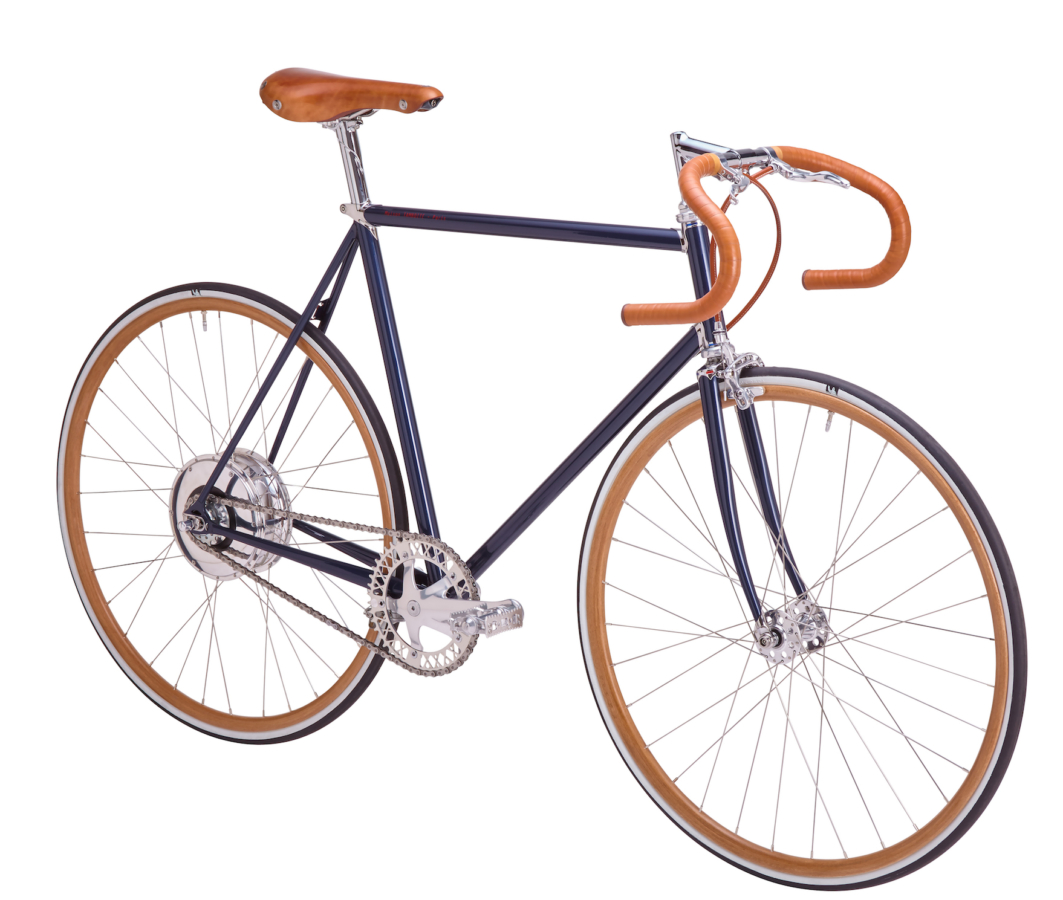 The steel of its frame, custom-made for each fulfilment, contributes both stiffness and give, combining efficient pedalling, comfortable vibration damping, and overall elegance and finesse.

The fittings are chromed, and all the other metal pieces sparkle from extensive polishing. The leather of the seat and the sheathing that dresses the cables and handlebars contribute a noble, sensual feel.

The wooden wheels crown the distinction of this work: warm-hued and varnished to the client’s specification, they are an additional source of comfort in addition to their surprising efficiency. Their slight vertical flexibility is a blessing to the backs of all those who experience bumps in the road.

A conversation piece? Why not? It’s elegant enough. But it only takes a few turns of the wheel to find that its supreme elegance lies in its dynamism. 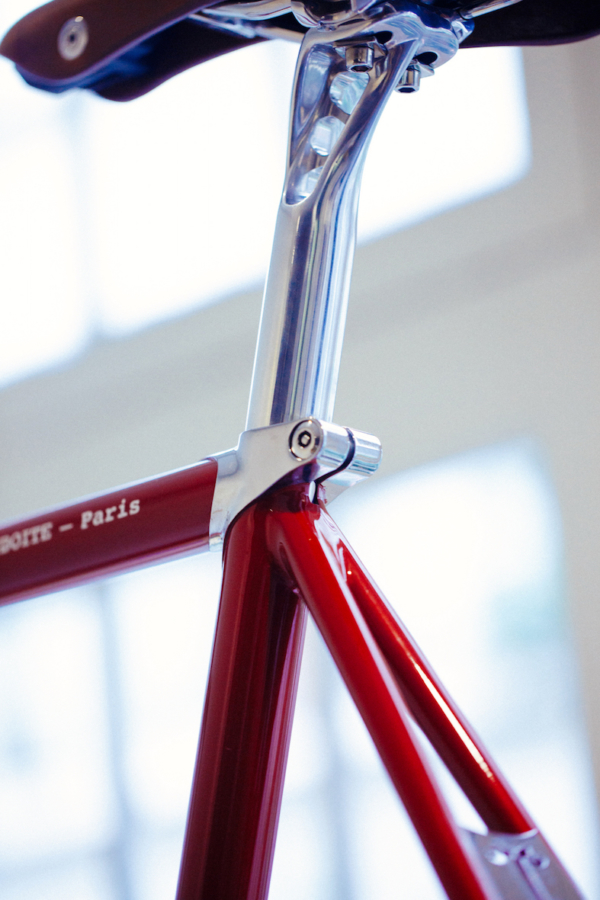 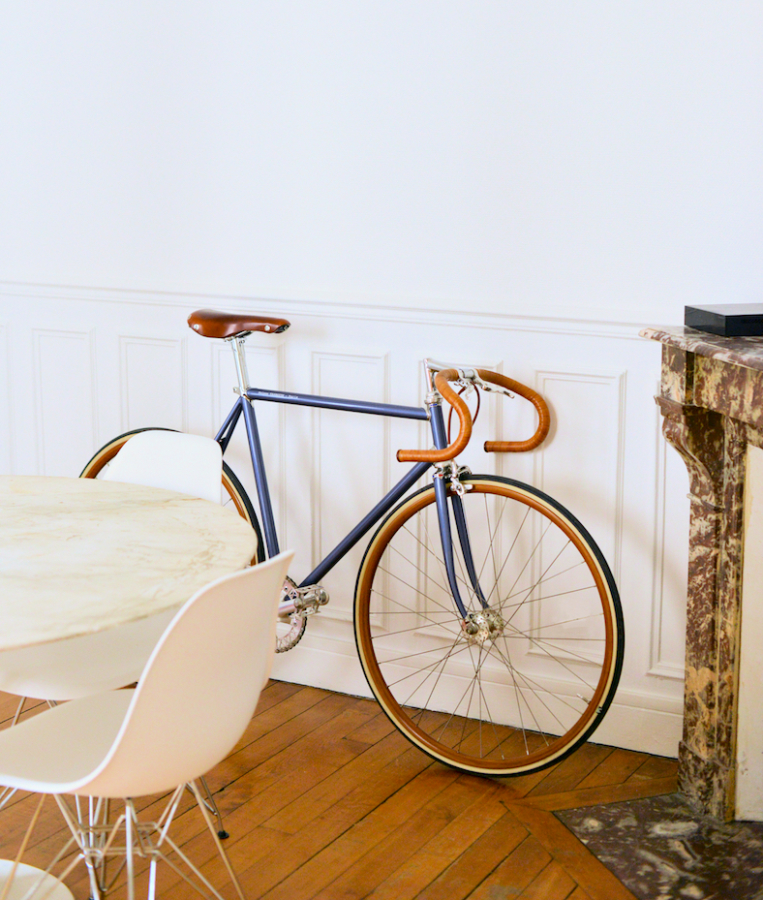 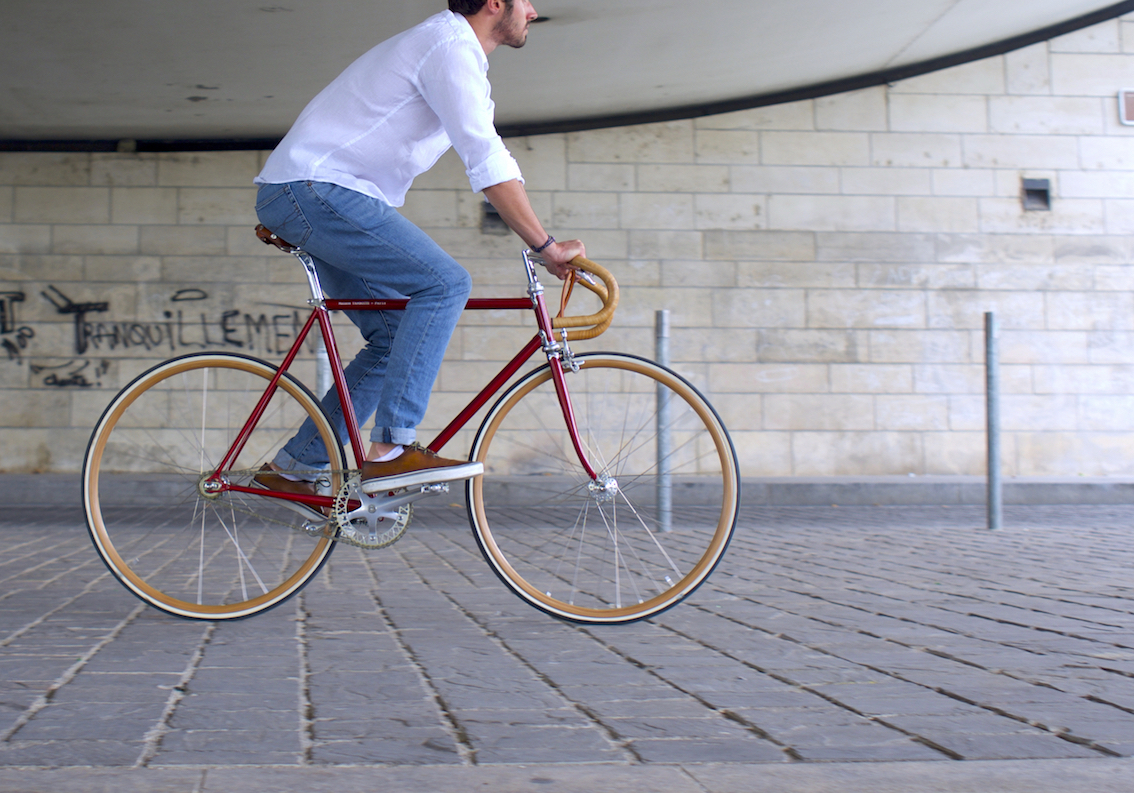